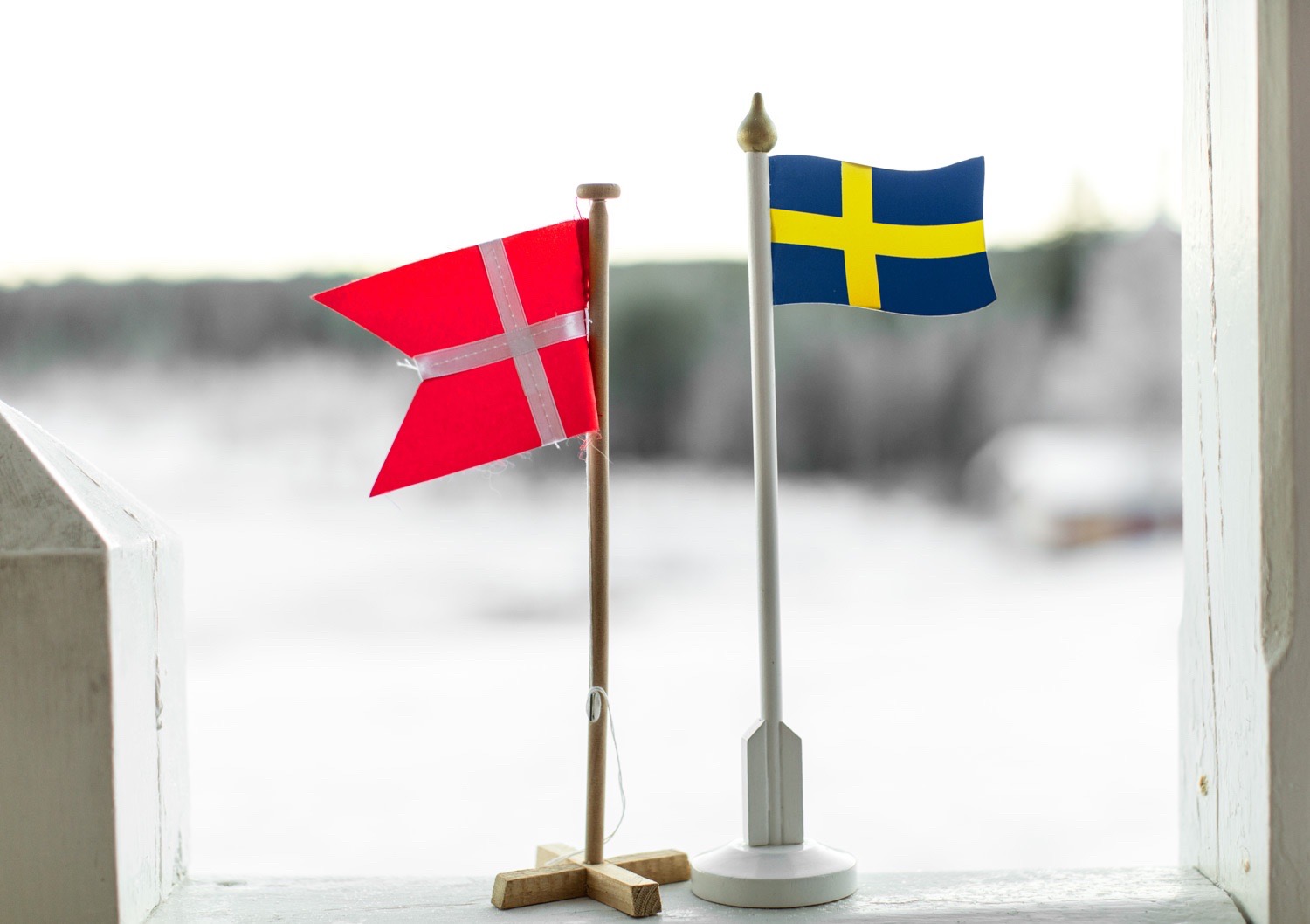 I am often asked about the difference between Swedes and Danes, so here I will try to describe a few of the differences I have experienced. Hope I do not offend anyone 😉

The first one I actually heard from another person in the area, but this must be included, because it is so precisely describes the culture. At least it refers to the local area. When people meet to discuss a real problem, then people start finding all the positive things about the problem so that in the end there is no problem at all. Isn’t this smart?

Swedes NEVER come late to a meeting. Better to arrive 5 minutes early. So don’t count on that you have the “academic quarter” of being late so you can use time to change clothes or set up the table.

Recently I attended an online art portfolio presentation meeting hosted by Networking North. 25 artists from all over the northern Sweden were selected to meet a number of art curators from around the world for a personal 30 minute talk about your artworks. This by itself can be fairly anxiety-raising event, so the organizers were incredibly pedagogical and said to us something like this: “We had a meeting with the curators yesterday and they are really sweet and they are really looking forward to talking to you. You must not be nervous”. If it was in Denmark, it would have sounded something like this: “You have 30 minutes each, so make sure you get maximum out of the meeting and you must do your very best, because you will not get this chance again.” I know which model I prefer and it is not the last one of the listed above.

The Swedes are incredibly bad at answering on e-mails. You go and wonder whether the e-mail may have ended up in the spam filter. After a week, you are convinced that this is the case and then you send a new e-mail with request to hear if it has not been received before. And then the answer is that it has been received. So far so good.

The Swedes are incredibly afraid of conflict. People don’t discuss. So if you come up with criticism because something is not working optimally and you mean that the things can be improved (that’s why you want to discuss it), then you are met by the remarkable silence. And as a Dane, a criticism is an introduction to a dialogue about the problem so that it can be solved at the end. And in opposite – there is NO ONE who would say that you have done or said something wrong, but you slowly begin to understand it, because you are simply being ignored. And when you ask directly “What’s wrong? “, then the answer with 100% certainty is: “Nothing”, but there is no doubt that you have “stepped on someone’s feet” . In my perspective, when you are not told what you are doing wrong, you do not have any chance to defend or explain yourself. This fake politeness I have a bit hard to deal with.

But in return, I love that the Swedes keep what they promise. The Danes can promise a lot and when it does not happen and you ask: “ Hey, have you not promised to help with that?” , then you can expect the usual reaction: “Shit, I forgot it! Can’t it be next week instead? ” And here it’s clear –  that it never be done.

Here in the area I have never heard a Danish standard reply: “I have only 5 minutes…” People take the time what it takes and you feel how the stress level drops. I love the Swedes for that.

Now I hope no one has been harmed here, but you may agree that it becomes more clear to understand, when you come with exaggeration in the examples.