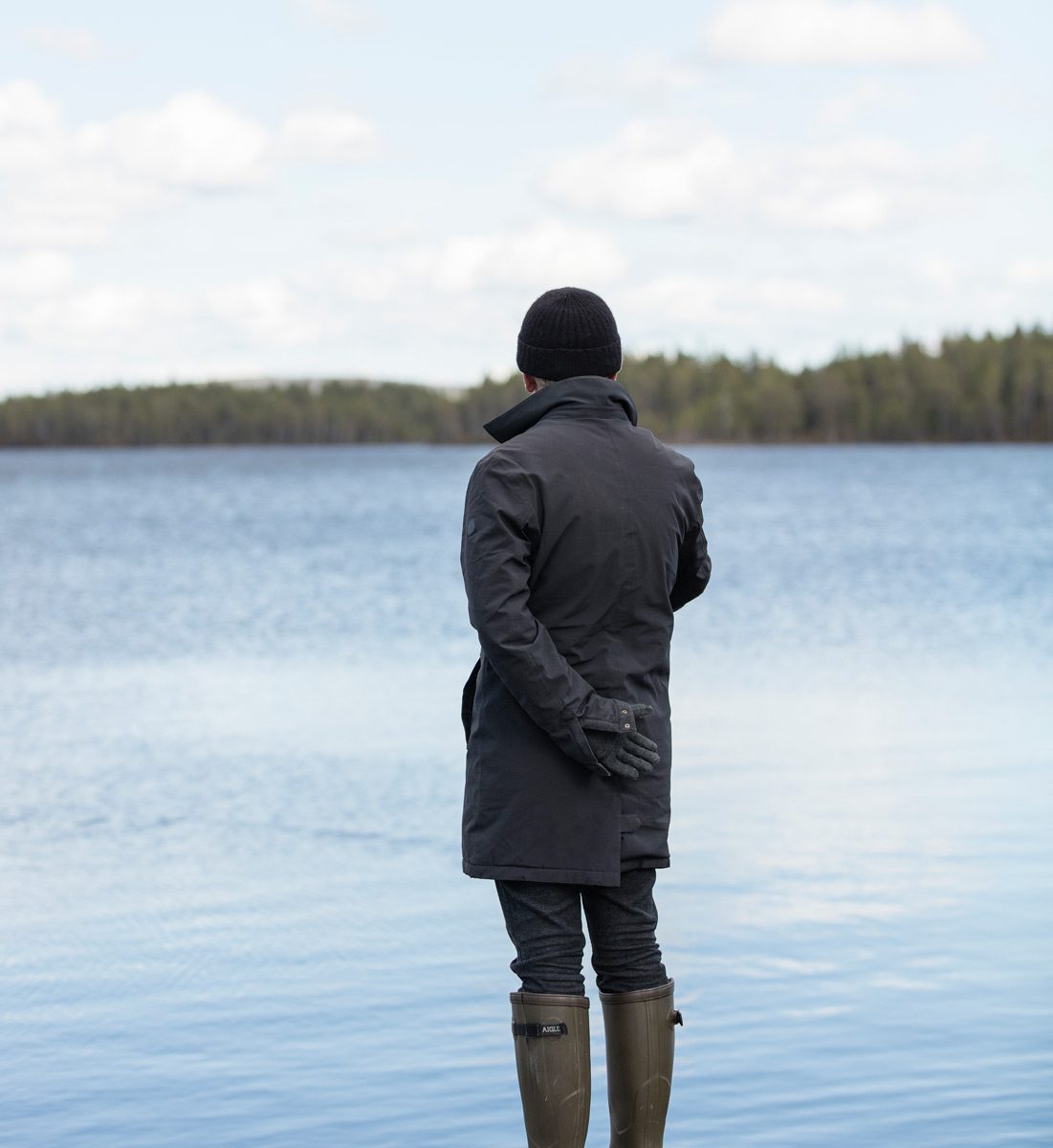 Orest is writing here and I want to tell about my experience of integration after two years of living in Sweden and compare that experience with the integration process in Denmark during the same period. I hope this is an interesting reading and there are some good “take aways” from my observations, and this is not intended to be understood as just criticism, but the attempt to show that there’s so much space for improvement in the integration area on the regional municipal level.

I have had a dynamic life so far and I’ve been moving from country to country, since I was a little child. First it was with my parents – they moved several times between Russia and Ukraine.

And during my “adult life “ I have had two integrations so far. First it was move from Ukraine to Denmark in 2004, and second one from Denmark to Sweden in 2018. And here I want to share my thoughts, comparing my two and so different experiences of integration into a new to me society.

But first I would like to split the definition of the integration into three parts (at least how I understand it):

I will start from a positive experience

Social integration in Denmark was straightforward due to the fact that I was married with Lykke who is a Danish citizen. So all her family and friends naturally became my family and friends. And I am really thankful for that smooth and effortless integration. It’s much more difficult to integrate into a new society, when you move to a new country with your family- I know it from my former colleagues who were expats at Mærsk Oil in Copenhagen.

It was actually not an issue for our “Danish” family, when we moved in Storsjö Kapell with its little community. Already from the beginning we could feel that we were welcome here by those who were curious and open to meet us. We are warmly called “Danes” here :-). Basically it was an additional reason for our decision to settle up here along with the main reason of our choice – outstanding nature in the area.

I want to add here, that the social integration is very different in the urban area and in the remote areas like here. Even if you share a staircase with neighbours in Copenhagen, you may not know each other’s names for a long period, but here everyone knows you – no matter how far you live from each other. We are well recognised even in the neighbouring village.

Here is unfortunately a huge difference between my two experiences. If I have to measure success of integration in percentage, then in case with Copenhagen Kommune I will say 100%, while Bergs Kommune is 0%. Let me try to explain it. When I officially was registered as resident in Denmark and I got my personal number, within two weeks I got an invitation from Copenhagen Kommune to the official introduction meeting. It was two hours long meeting in person, where I was interviewed about my background, education, ambitions for employment, as well as I was introduced to main services and professional organisations I could rely on and seek help from, including the right to learn Danish language paid by the Kommune. As well as a direct contact person in the Kommune if I needed any helps in the future. This was actually a solid starting point, which saved me a lot of time and efforts. A language course covered also introduction to the Danish culture, where we all from around the world including Swedes discussed the cultural differences between nations.

Sweden, Bergs Kommune. Two years after the official settlement I haven’t experienced any interest/ initiative from the authorities. Simply Zero. No introduction/ welcome or so on. Actually recently we heard from the local journalist how one of the Bergs Kommune’s employees said to him, that “Bergs Kommune is not good to integrate citizens from the Nordic countries “. Recognising the problem, but still doing nothing about it – this sounds like a cynical arrogance, doesn’t it?

I have also a funny story to mention here. We had actually short interaction with the regional politician and it was in connection with some issues we had with the public municipal services (you may read here). We wanted to meet with that person, but as she explained she didn’t have time for that in her calendar. And then it happened a funny thing – while we waited for her response, one of Sweden’s biggest newspapers published a big interview with us (link here- it’s in Swedish) and, suddenly there was time in the politician’s calendar to meet with us. The main question the politician was worried about on the meeting – if there were planned another interviews with us. When we said “no”, the politician disappeared and she has been ignoring us since that meeting. Maybe we have to arrange couple of new interviews?

Well, as you understand, there’s not much success in the “official “ integration in my second experience.

But seen from my perspective, I just don’t understand why it should be such a huge difference in strategies between Copenhagen and Bergs Kommunes, especially in the reality where Bergs Kommunee is challenged by a critical demographic situation. You can’t rely on just paying money for a “branding” campaign for the region- it will not work, unless you create appropriate conditions for the efficient integration, which will pay back in the future. It is a “win-win” for both parts, and the best “branding” is a real case stories.

Well, enough on this.

Let’s move to the last part of integration- via labour market and employment.

Probably in this part it is hard to draw parallels and make comparisons- as the difference between Copenhagen and Bergs Kommunee in this area is really huge. But I want to tell about one thing, where both of cases may have in common. I will talk about discrimination during job search process.

While I was studying Danish language I had my first job as a craftsman in Copenhagen Kommune’s culture house. Unqualified job, but I had most amazing colleagues and managers.  Of course I dreamed to find a job according to my engineering degree from Ukraine. So during that period I had meetings with engineering professional association, who guided me through job searching procedures. And on one of the meetings I was told that it was strategically clever that I had changed my Ukrainian surname to a Danish one. Why? Because, if you have a “non-Danish” surname, your job application can be sorted out during the first evaluation round. “It’s just a reflex, many employers have“ – as I was explained. I said that it sounded like a racist discrimination. “You may call it that way, but this is still a fact” – the answer was. Later on I was lucky to get a job according to my education in the most prestigious company in Denmark at that time, A.P. Møller-Mærsk. And it was not because I was “Andersen”. It was actually a global corporation with many nationalities represented in the Copenhagen HQ office and with more than 120.000 employees around the world.

Let’s get back to Sweden and the little local labour market. It’s natural that the job openings are very few. Ideally we want to be self-employed, but on the way to our dream we need other sources of income. What skills can I offer? I have a driving license and I can drive both car and truck. So I have applied twice for a job with the same local transport company. In the first case there was one response on my application, but the employer never responded on my further requests about status of the application… even no official: “thanks, but we have chosen another candidate “.

During Second occasion it was better communication- I did apply immediately after the vacancy was posted on social media and I got a nice confirmation that my application was received as well as I got the job description with question if that fitted my expectations. I responded “yes”. After few weeks of waiting time and several queries about status I got a short message: “the vacancies were filled with another candidates”. On my question “why I was refused?” I got an answer: “there were others who applied before you”. I cannot understand that, as I heard from other people in the local society, that they still were looking for people after my application was sent. And I of course mentioned that to the employer, but there were no further explanations. What should I do in this case? Should I have changed “Andersen” on “Andersson” to succeed? Or are there some private reasons behind that? But in any case this is a worrying combination of the cultural aspect, where Swedes don’t say honestly what they mean, and the size of such a little community.

A period of two years is a lot in one’s life and more than enough to make one’s conclusions. Of course, it is disappointing for me to experience the “official” integration in Sweden in this way, but this is not new for me – this is very similar to what I remember and know from Ukraine, where people have given up having a vote in relation to the authorities. But the life goes on and there are many happy people in Ukraine as well as in Sweden, so I know that our integration is on the right track. Thanks to the positive experiences in the social part of the integration – in this one we trust.