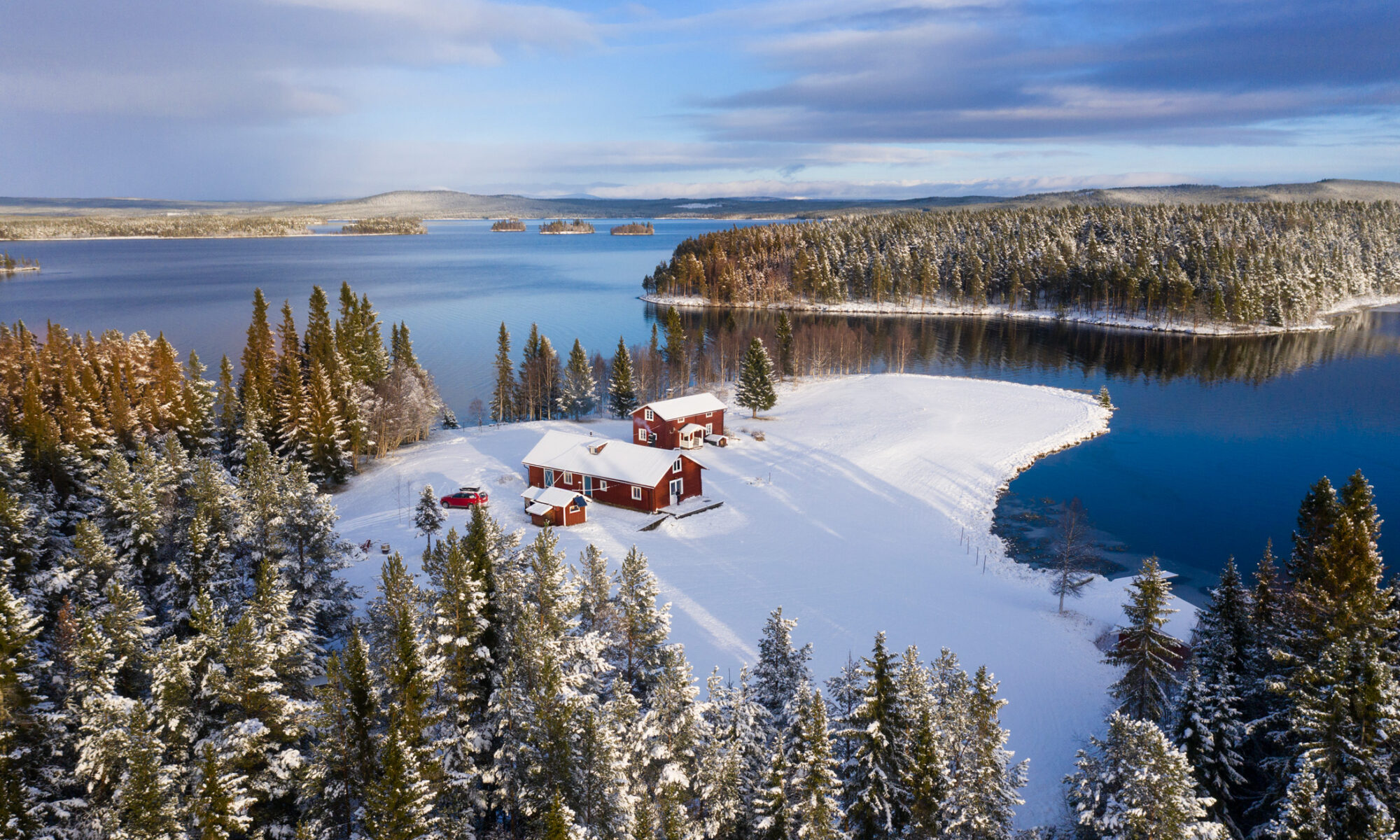 It’s been a long time since I’ve written and the winter has already arrived. The days go by and time is filled with many small things, but I do not think we get done as much as we would like. We are in a period where things are not going as smoothly as we had hoped for and we are sometimes left in doubt about what the future will bring us and whether we have been too naive.

One reality is that our last appeal to the highest Nature and Environment Court has been rejected, and if they have not been “killed” by Covid-19 economic consequences, the Swiss owners of the island nearby now have full permission to build a luxury hotel just in front of our property.

It will destroy our dream of creating an artist refuge, because the completely unique natural silence will become a noise hell and the notion of living in harmony with nature is spoiled by tourist groups’ selection of entertainment activities depending on the season. Our drinking water from the lake will be undrinkable while such a large construction is underway. But almost worst of all is that all authorities try to downplay the scope of the construction to “just 6 small cabins for overnight stays”, knowing that the 6 cabins make up only approx. 25% of the total size of the complex. You feel powerless and we live in one of the absolute finest areas in Sweden. This is where you experience authentic life and an untouched nature. It’s obvious for many that ecotourism is the future here and then the authorities sell out of nature to foreign capital that wants luxury and entertainment facilities. It is an avalanche that can be difficult to stop. I have never experienced a municipality is ignoring local people that way like this little Bergs municipality does. One feels completely incapacitated. Right now I’m so frustrated as I have not been for a long time.

Next, – at the moment we are challenged financially like we have never been before. It’s really hard to get customers in the area where everything goes from “mouth to mouth”. And of course we do not have a large network. And I had expected the sale of my art works, which most likely will not turn into anything anyway. It was a large art piece for “Dansk Metal”, but suddenly the person with the decisive voice became in doubt and wanted more time and asked their art consultant to find something else for comparison. I have not yet received an official “no”, but what started out as a formality now hangs in a very thin thread. Another case, the regional hospital services have been interested in buying two of my art works, but the person who was responsible for the purchase has been reported sick for long period and what should have been in place by appointments in August has been postponed with no deadline in the future. It was these two sales we could have lived on for 8 months, so right now the financial part is a reason we don’t sleep well at night. Only hope is on a miracle.

In addition, due to Covid-19  we lost 90% of our guests who were interested in renting the house this summer and the few those from Sweden who had booked a stay, they cancelled it at the last minute, so we did not have the opportunity to find replacements. It was a lesson to us that in the future it would be a good idea to charge a deposit. In general, we were too late to catch on the Swedish tourists who were on holiday in their home country exactly because of Covid-19. Maybe everything is just a little bit “black” at the moment – and it is literally how it is physically. The days are short and we live in the glow of the candle. We have moved into the rental house to live there during the winter months. That was not the plan, but it works better. We live, sleep and cook in the same room so there is less space to heat up and here are a few lamps that run on three old batteries we have. However, there is not much sun but then the batteries can be charged with the generator when we work on the computer so we have light for approx. 30 minutes of usage. The batteries are old, but we do not even have money for new ones. And here in this house we have a toilet with a temperature that is not around freezing point as in the old house. Yes – we used a cupboard in the toilet as a fridge in the old house last winter…

It all does not have to be understood as we are about to give up even though it looks a bit “black” and it is by far the most difficult period we have had in many years. But In fact, our small company is doing quiet well, taking in consideration that we are completely new to another country and without any help, but the challenge is that we only have the company to live on. We cannot receive unemployment benefits or supplementary public support. I could not bring my unemployment benefits to Sweden, nor could I be transferred to a Swedish unemployment insurance fund without first having had a full-time job for a year. So we have nothing of any safety network like everyone else has.

And the never-ending story with Härjeåns Nät AB energy company and provider of electricity has received a decision after the appealed case and it has once again ended positively for us. However, the decision was that the price should be the one we got in the first offer – 116,000 SEK against the 450,000 SEK which energy company wanted. But the case is not over yet because the Energy Market Inspection has chosen to appeal the Linköping Court’s decision, so the story continues.

But here it’s a bit of some positive updtaes – I have been selected as one of 25 visual artists in the whole northern Sweden to show my art works to some selected curators from around the world. The renowned Bildmuseet in Umeå organizes an event. I’m looking forward to it, but I’m also pretty nervous – I have been living a very long time in my own little universe.

Winter is upon us and we are waiting for the lake to freeze to ice and we will once again experience one of the most magical natural moments found here. This is the sound when the water is turning to ice. The sound is so violent, beautiful, and mysterious and would excite everyone to experience it just once in their life.