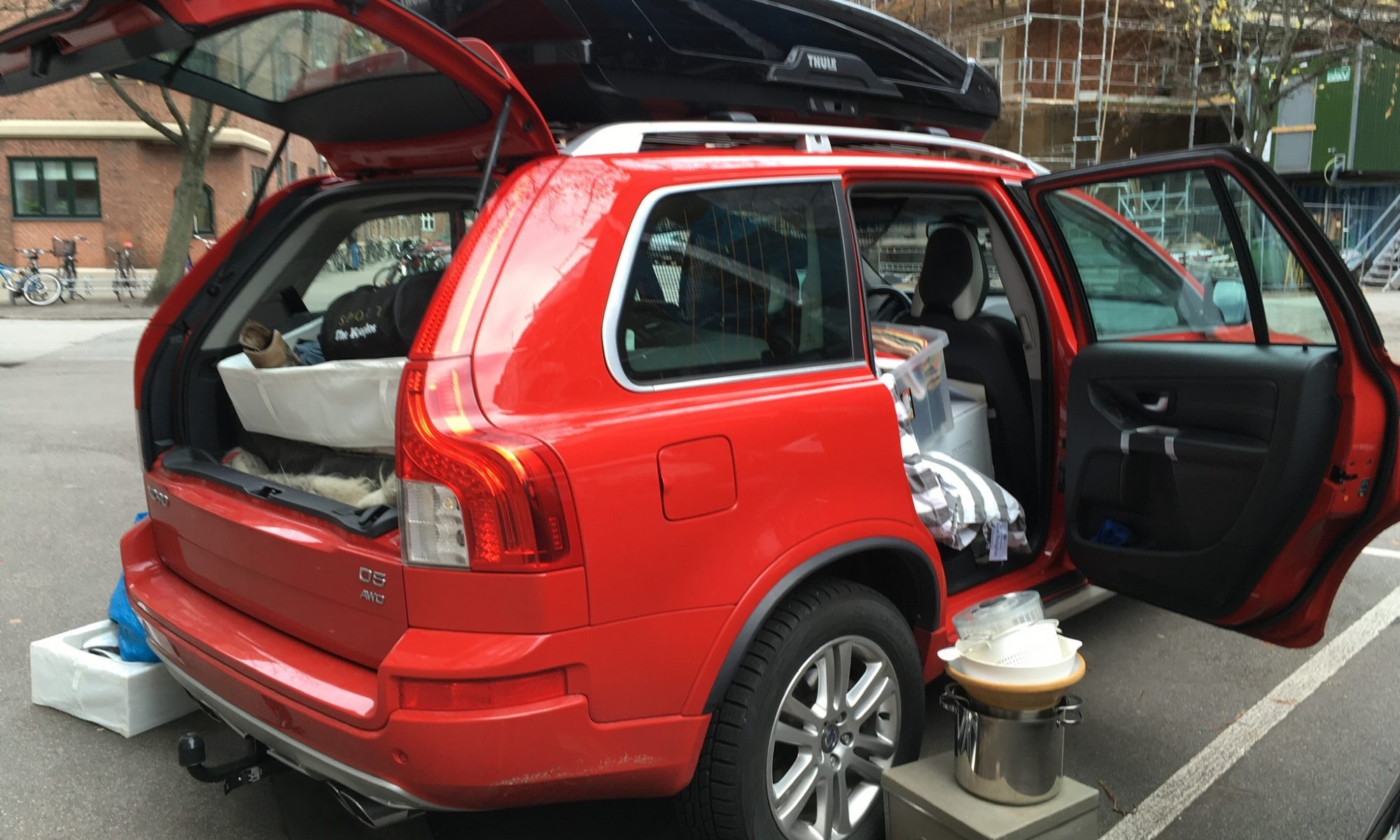 The road from the first house in Dalsland to the second one in Jämtland was unusually long. Those 700 km took almost 12 hours and as longer we drove up north, the longer distance between populated areas became. It was a feeling, that we were slowly leaving the civilization.

Reindeers were standing just on the road, while moose could be seen along the way, and the road itself became unpaved, before we reached the last destination. It was a long trip through endless forests, and during that trip you could feel, how far away you got. After many hours of driving we see streetlights and we understand, that we have arrived to Storsjö Kapell or Big Lake village. A little village, surrounded by almost endless forests and with mountain views in all directions. It was easy enough to find the house, because we saw couple of pictures, but we were a little bit surprised because the house was located relatively close to another house. And there was another surprise, when we went inside the house. We were offered to stay for one night in that house and we were told where to find the keys. “To be surprised” in this context doesn’t mean, that we got the keys to the cozy and beautiful house with unique location. It was almost the opposite meaning. Inside there was a strong smell of old house, unused for a long time. At the same time it was almost impossible to move around in the house, as it was filled up with old furniture and tones of books everywhere. Obviously the house had a function of a warehouse, where one family collected and stored things from several generations. In any case it was not a cozy country house, as we imagined.

Furniture of any kind, huge floor standing sound speakers from 80’th, kitchen equipment, cloths, panels from the old shower cabin and, again, tones of books. Water in the house had a brownish color and taste of iron, because nobody used the house for long time. The larder room and kitchen were filled with old food; bottles and many other things with suspect fluids inside them, so we were afraid even to touch them. But, on the positive side, there was an old beautiful wood-burning stove in the kitchen, and it turned to be very efficient, as we discovered later on.

We made some space for our sleeping pads between furniture and when we woke up in the morning, we knew both, that we will choose this house, despite all those less positive feelings about it. Partly because of that real wild, untouched and tough nature you can find in Jämtland region. That type of nature, you obviously won’t find many other places in Europe anymore. Maybe in Finland. And partly because we wanted to face some challenges in our life, both physical and mental. If you choose to make such an extreme move in your life, as we did, than it’s worth to get as far away from your “comfort zone” with well known surroundings and habits, so you can experience everything in a new way – with widely opened eyes and all senses activated. There are long distances to anything from this location. Very long distances. It’s challenge to realize, that the closest bigger supermarket is located 70 km away and the road to it can be closed due to extreme weather conditions in wintertime. The other “closest” supermarket is about 164 km away. Though there is a little food store nearby offering the basic food for survival. Forget organic food and fresh milk and be prepared to cook something with canned corn and tomatoes instead of fresh vegetables. You learn how to ferment and how to plan a huge shopping lists for your trips to supermarkets and these “skills” will be described later on. The closest veterinarian is also far away – this was also taken in consideration before our move. In some critical cases and hard injuries the only solution would be to find a local hunter to shoot your dog. But on the opposite and positive side you won’t find in neighborhoods wired fences, which can be dangerous for a dog running with speed up to 60 km/h. Here there is no traffic on roads and most of the time our dogs live close to the nature and what reminds about their original natural environment in Russia. These factors were also important in our considerations. Another positive side of this location is winter season.  Yes – it can be really cold here, but in our opinion you will find the perfect winter here. Even with very low temperature the air is dry here and this makes you feel better and warmer in your cloths than in a humid air. Winters are long here and lakes are covered with strong ice. Wintertime is a separate chapter in this blog and will be covered later on.

All those things were prioritized in our considerations and there was not doubt for us in saying yes to this place. Bad smell in the house will disappear as well as taste of iron the water, and all old furniture will be moved into the separate room, so we could get some space for living. And of course now we could have a reason to buy a bigger SUV car – our little city car wouldn’t be efficient enough here.

Back in Copenhagen we had one month for packing everything down, find a place for storage of main part of our things and to decide, what we could bring with us for winter. At that time we were still thinking about living in motorhome during summertime, so we had to really be careful with amount of things, we should take with us. We had to find some place to store our things in Denmark. Obviously there is high demand on storage space in Denmark and you can find plenty of self-storage hotels around Copenhagen. But in rapidly growing market prices were too high, while storage conditions were far away from our expectations. So it was not an easy task to find something safe and affordable. Fortunately one of my former colleagues had an empty room in the basement, dry and safe. And ready for use. We were really lucky to have that chance coming at the right moment. It was naïve of us to believe that we could “pack all our life” in the roof box of our car. My cousin and her husband live in Swedish city Gothenburg and they did so much for us during the whole relocation phase. We could officially register our Swedish address with them, so we could purchase our “Swedish” car and the huge 500 liters roof box mounted on top of it. Despite of that volume we had to drive between Copenhagen and Gothenburg many times. The evening before the last night in our apartment we realized, that we couldn’t have rest of our belongings in the car, so we had to drive an extra tour to Gothenburg and back again early next morning. Next day we had to clean the apartment and pack the car for the last time. And at that last moment I found out, that I had 10 pairs of high heel shoes left in the wardrobe. The last thing you really need in the wilderness is high heel shoes. But there was no choice – they had to go with us in the car, filled with lots of other things. It was a really comic situation – after the apartment was officially handed over to new owners we were running around the car, pressing our socks and underwear in the empty spaces under seats and dogs’ bed.  The new owner of apartment ran down on the street, saying that I forgot something. It was Orest’s hunting cap – the man put cap on Orest’s head and said: “Good luck”.  We were laughing on it afterwards, but we looked like a gypsy family, who packed their camp in a rush and were on the way to a new location – without any idea what the future will bring us. And basically it was in real.