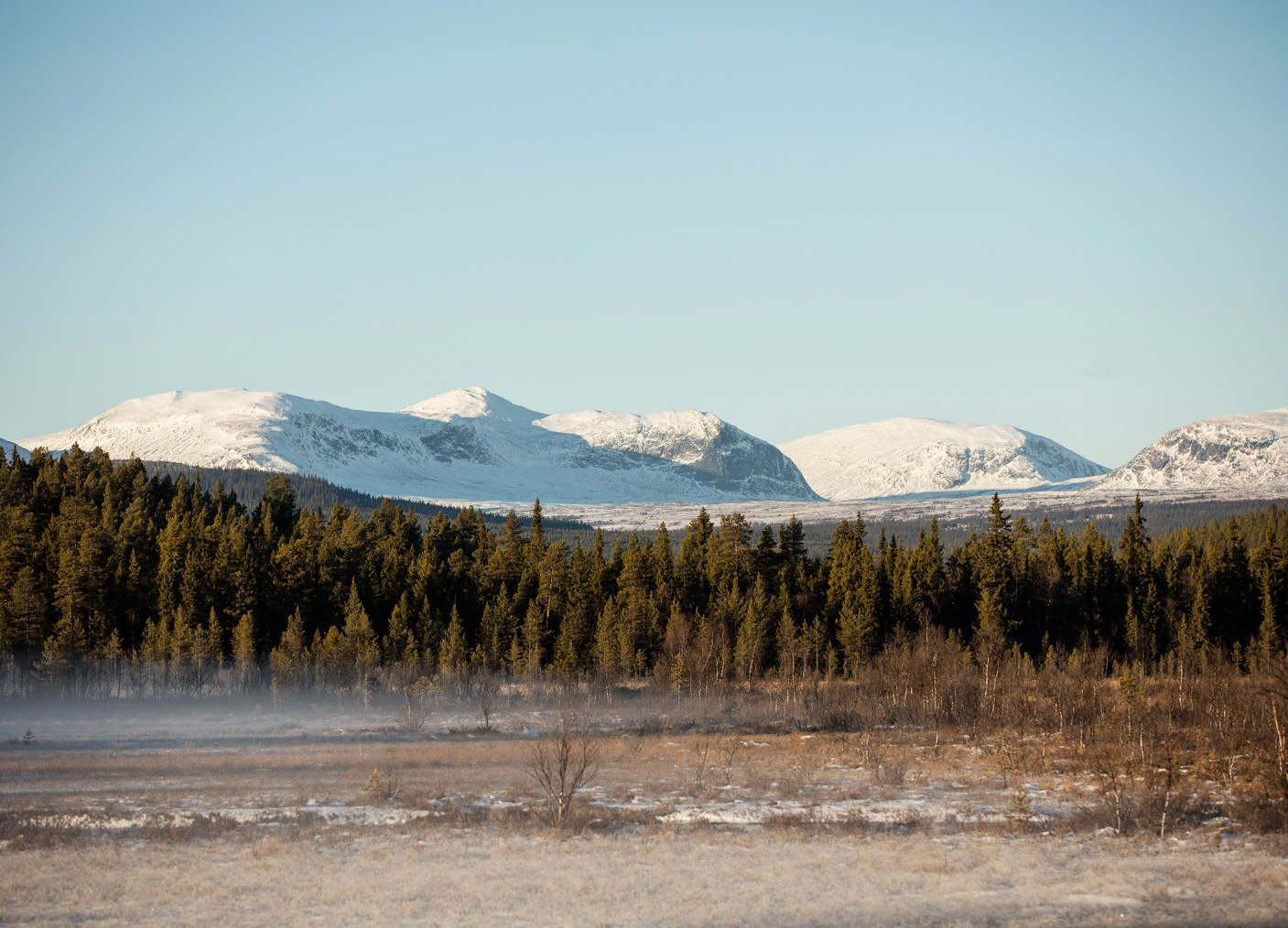 Can you imagine that feeling when you don’t own any keys? Well, we did have the key to our car, but it was the only one we had. And no other keys to anybody’s property – neither neighbors nor family. Indeed we had only the car key, when we were sitting in the car, parked on the street nearby our just sold apartment. It was a special feeling and we never before thought that the keys could have such a big meaning – a key symbolizes a relation to some place. Not having a key means you don’t have a physical relation to any property.

It was a plan to start this blog from day one after we reached Big Lake Village. But in reality our minds were exposed to so many new things around us and it was no chance to have a clear feelings about what was happening during the first period. So it is actually first now, one year after our arrival, our minds have used to a new situation, it is possible to see the whole picture from aside, and so we can start telling this story. And one year after we went through that huge change we can understand today, how big that change was.

The first period on new place was filled with many practical things, sometimes frustrating and ridiculously complicated. Such simple things like opening a bank account and paying bills were not that simple as you can imagine. But it was also time of great experiences.

We arrived to Big Lake Village on November 1st, in our car with trailer, filled with things- only those of the first priority. Including 10 pairs of my high heels shoes… They were brought all way up north just because I forgot to deliver them to the temporary storage of our things and furniture In Denmark. But later on those shoes got their positive role. The first thing we did on our arrival was to start the fire wood oven and prepare big portion of cheese fondue as well as to open a bottle of red wine. It was a long 13 hours drive and we were really tired. We were sitting in front of each other, euphoric and exhausted, and no doubt we both were thinking: “what the hell are we doing here? What have we done?”… But at the same time we were excited about the future. By the way, the house was kindly prepared for our arrival- the owner took a long way from where he lives in southern Sweden to make the house ready for rental. For us it was easier to have an overview of the property.

Next couple of days we moved all unneeded furniture and things from the living space we wanted to use. We decided to live on ground floor, and moved a lot of things on first floor. Living on ground floor was in our opinion more practical and could help us reduce costs spent on heating during cold winter months. Here there is a beautiful old firewood oven in the kitchen and electric heaters in small rooms. And in such old and energy inefficient house you can end up with high bill for electricity in a cold winter with temperatures below -40 degrees Celsius. In addition, our dogs don’t like stairs. Lastly, I love living in small space. The first floor we use for our things and for drying washed clothes, as well as there is a room for guests. We live basically on 50 square meters as well as we have a garden of approximately 2.000 square meters.

We decided to let us be “free” the first month – just to have time to acclimatize on a new place and observe surroundings, not being disturbed by any other activities. And of course to have time for the basic practical things – for example to find out where we could buy fire woods for winter season, which already had been started.

We landed at new place in November, where local people were already prepared for winter, but we were absolutely not ready for that. Basic thing like opening a bank account took a lot of time and efforts. Before you apply for bank account in Swedish bank you have to have a Swedish Identity card, and the Identity card can be issued only after you have got a Personal number from tax authorities. To get your Personal Number you have to wait some period after your application is registered. So, when you have your Personal Number issued, you can apply for the Identity Card, and after two weeks you can be lucky to get it and, after that you have to visit a bank office in person and apply for the smart thing, called the Bank ID (your digital identity). We chose our bank just because their office was closest to Big Lake Village – 165 km. We had to meet with bank guys couple of times, before the whole setup was ready to be used. So in practice it can take up to two months before you can optimally function as “digital citizen” with digital signature in the “digital society”, so you can order mobile broadband and basic things like to pay your bills. Thanks to my cousin during that long period – she paid all our bills, while we transferred money on her account. Maybe it is the same process in Denmark and elsewhere, when you are a new in country, but it feels complicated and unneeded bureaucracy, especially when we talk about digitalization of public services.

Many of you probably wonder if we have Internet connection. Yes, we do have it. We were actually impressed by the fact that Sweden has done great job for cohesion in the society, so nobody feels isolated. Even the smallest villages have good mobile network coverage. Of course, we had to purchase an external antenna for better signal, and it works fine so far. Though we don’t stream TV, but it’s not relevant for us – we have never watched TV. I actually was thinking, that I would watch TV after moving here, but it was only an idea.

We have to admire, that we had some prejudice about local people in the region, before we arrived, and we were convinced, that it was the same way back. There were for sure rumors about two Danes’ arrival to the village. Approx. 90 people live in the village, so everybody knows each other. Most of inhabitants are born here and most of them are hunters, and suddenly we together with our two dogs are moving here directly from Copenhagen. I was grown up in the countryside in northern part of Denmark, where people can be really unsocial, so my prejudice was based on that, and I expected that it would be the same here – even more extreme. But in reality it was absolutely opposite. We were welcome here from day one and almost everybody was open and curious to know more about us. And we could feel so much helpfulness  – it is something you almost have forgotten it did exists after many years of life in Copenhagen. Here in Big Lake Village you don’t ask about help – here you think about what you could do for others to help them. As example – your neighbor comes and asks you, when you are back after a short trip, so he can get the snow off from the entrance to your house and you can get drive in late in the darkness when you arrive. Or in summertime you come back home and you know that flowers in the garden were taken care of, because neighbors took initiative to help you. This is a gesture, you value really much. We did also things in order to be open. One evening in the middle of December and 6 weeks after we moved in, we invited three closest neighbor families to our house to have some Danish typical before Christmas drinks and cookies. It was nice “ice-breaker” and cozy evening. And our fridge was quickly filled up with moose meat – invited guests here don’t bring flowers to hosts, but 1 kg of meat. I am vegetarian, but Otis was really happy as he before our move dropped his attempt to become vegetarian.

Another episode, which was important for us, happened the Christmas evening. We did choose to stay here for Christmas against of traditions. We have a small family – my parents are not alive anymore, and Otis has only his mom far away in Ukraine. So we were sitting alone, but suddenly somebody knocked on the door. It was one of our neighbors, who came to us with a little present for us. He excused because presents were not wrapped in, but we were so impressed by the thoughts of care about us, especially when you are new here, sitting alone Christmas Eve.

On the other hand we had a naïve idea about, how fantastic it would be – to just open the door and let our dogs run free around the house. When you have lived most of your life in apartment, and finally you got your garden, it was really exciting to think about that freedom for dogs. But there was no fence around garden, and it took about just one week for our dogs to find out, that there were parts of moose (bones, head etc.) hang up in the trees by neighbor in order to attract wild foxes closer, so he could shoot them. Of course, no way, that our dogs can run and eat that old meat, as they also get sick of it. And as it became obvious later on, there were many old rests of moose bones around in the area in the forest. Every time our dogs came proud with new found bone, we had to take it from the and place up in the tress, which was not easy, as our dogs are tall enough to reach bones up in the trees.

We know, that many wonder about the financial side of our adventure. What do we do for living in this place? We will touch that side of our life in the next blog.