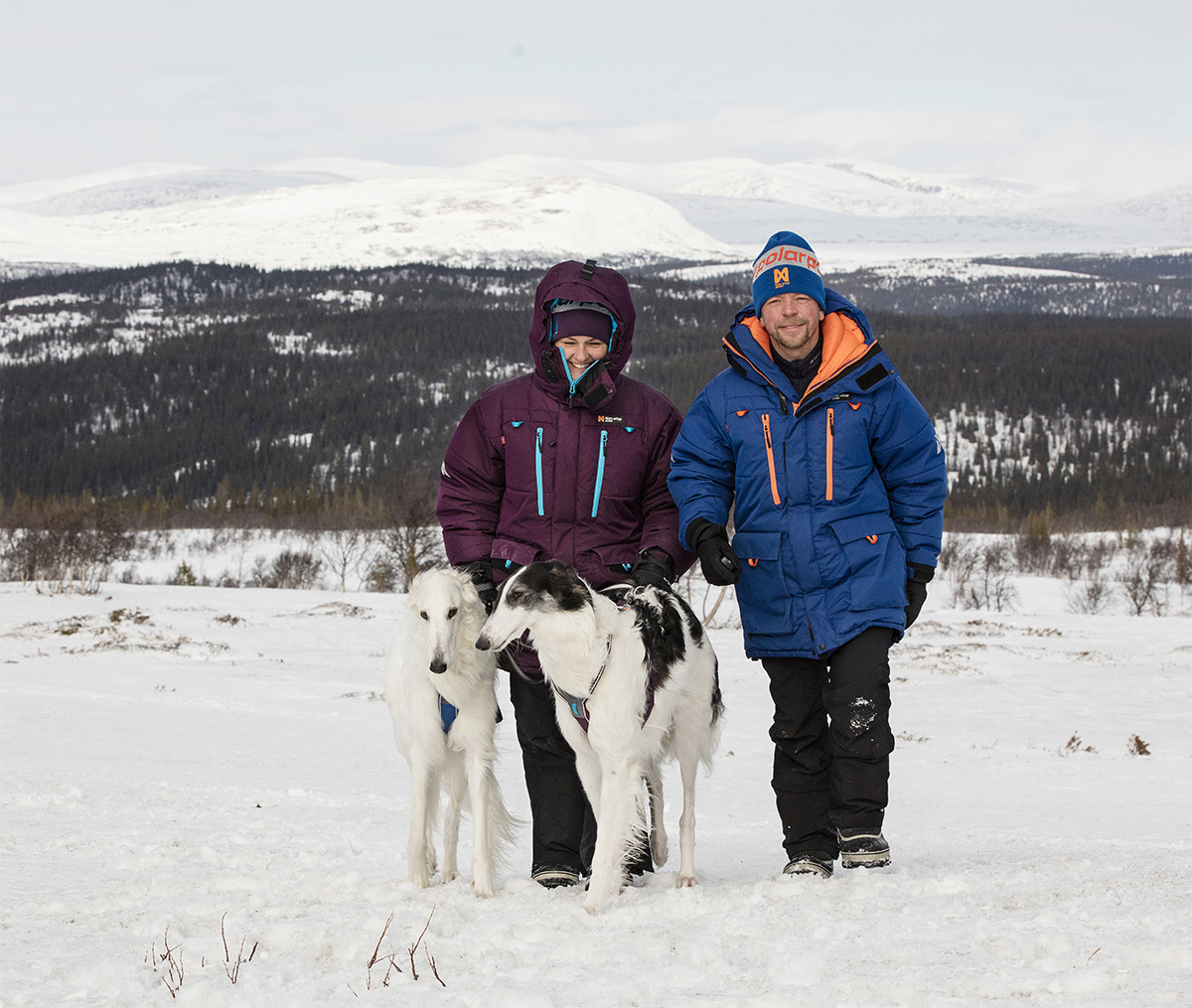 Our little family consists of my husband (Otis), myself (Lykke) and our two dogs. Last year we chose to make a “jump” and move far away from central Copenhagen and find a place to live somewhere in the northern Sweden. That decision was a real surprise for many, but our closer friends knew it well that we talked about moving into the nature for many years. Probably for the last 10 years we had talked many times about making a decision, but we were always stopped by questions like “how?”, “where?” and “how will we earn for living?”. The answers / thoughts about the last question will be touched in the separate blog.

But one day it was absolutely clear for us, that if we shall do it, it has to be now. My husband quitted his job as geophysicist at Maersk Oil without having any other alternatives. It was naive to think that it should be easy to find another job in growing sustainable energy industry after 8 years of work in one of the best and respectful Danish companies, but the reality turned to be different. And after every refuse of job applications the dream about making decision and moving into the wild became stronger and stronger. About myself – I am a visual artist graduated from the Danish Royal Academy of fine arts in Copenhagen. And as it is well known, artists don’t have guaranteed and stabile earnings. So I had to work more and more at that period, and suddenly my flexible job at Danish Design museum became full time job. Our two dogs, Russian sight hounds (borzoi) – not an easiest breed – generally they had it fine, but no doubts that they would love to have more of outdoors life than we could give them.

Basically, we were 4 individuals, who actually didn’t have much fun in that situation, but it was not the feeling of sadness and life failures as one could expect, but rather feeling of being thankful to be able to clearly feel and see, what we want and don’t want in our life. And a great feeling of satisfaction because of taking the situation in your hands and acting according to that taken decision.

And one day, while I was cycling home after job, I got a such clear view of the situation, that I “flew” into the apartment and said, that we put our apartment on sale and we are going to move. At that time Otis started at one job, which was far away from the dream job, but still with time it could have become an interesting one. But the decision was taken and in a short time the apartment was officially put on sale. It was hard to keep feelings for the moment after the contract with real estate agency was signed, because we loved that apartment and it was really beautiful one and only one of its kind. A light Copenhagen apartment, with high cellings in the middle of the cozy Østerbro district. Even if it was hard to leave it, there were no hesitations about the taken decision, but of course we had strong fears of becoming homeless and without any guarantees – only money in bank and shaky plan for the future. The sale of apartment took only 12 days. And we got 2 months to find a new place to move to.

The fact that we ended up so far north was actually a coincidence. We travelled a lot in Sweden for years, hiking and canoeing, and we had a clear idea about, where we preferred to live. We were in love with Dalsland region, with its numerous lakes and channels system connecting those lakes. We travelled in the region only in summer time and we had many positive memories from there. The first thing we had to do, it was to make a search for a place via our network and social media. I participated in several art exhibitions in Sweden as well I have family, living in Sweden, so we had a hope, that via those channels we could reach opportunities to rent a summerhouse or country house for a shorter period. I mentioned a “shorter” period, because we had a naive and unclear idea to travel in RV Camper during summer months. An idea that died shortly after its birth, because it was just unreal in our case, as we realized that later on. Back to the network – we got really great response on our request via Facebook and obviously there are many out there, who have country houses, which are not used in wintertime. We chose two houses, which seemed to be something for us, and which we wanted to visit and see in real. One house was in Dalsland (mid Sweden), and another in the northern Sweden, in Jämtland region. The “Dalsland” house was really what we wished (in our fantasy). Beautiful classic old Swedish house, located in the forest, but, when we came to the place, we hardly could imagine ourselves living in it. It was end of September, and we were afraid of winter without snow in that relatively southern region, what could make winter days even darker and with lots of mud. In addition the house was located 12 km from the midsize province town Åmål. Northing wrong with that town, but both of us got the felling of lacking some real challenges, because of having “civilization” just around the corner. It was the feeling that with the same success we could just had moved to some island in Denmark. Unsatisfied with that, we drove further up north to Jämtland region, where the second house was waiting for us. And where we chose to stay. In the next blogs I will describe the house far away and in the region, known as the coldest place in Sweden, about little village and people living there. Also about our move from Copenhagen, which can be compared with gypsy relocation.