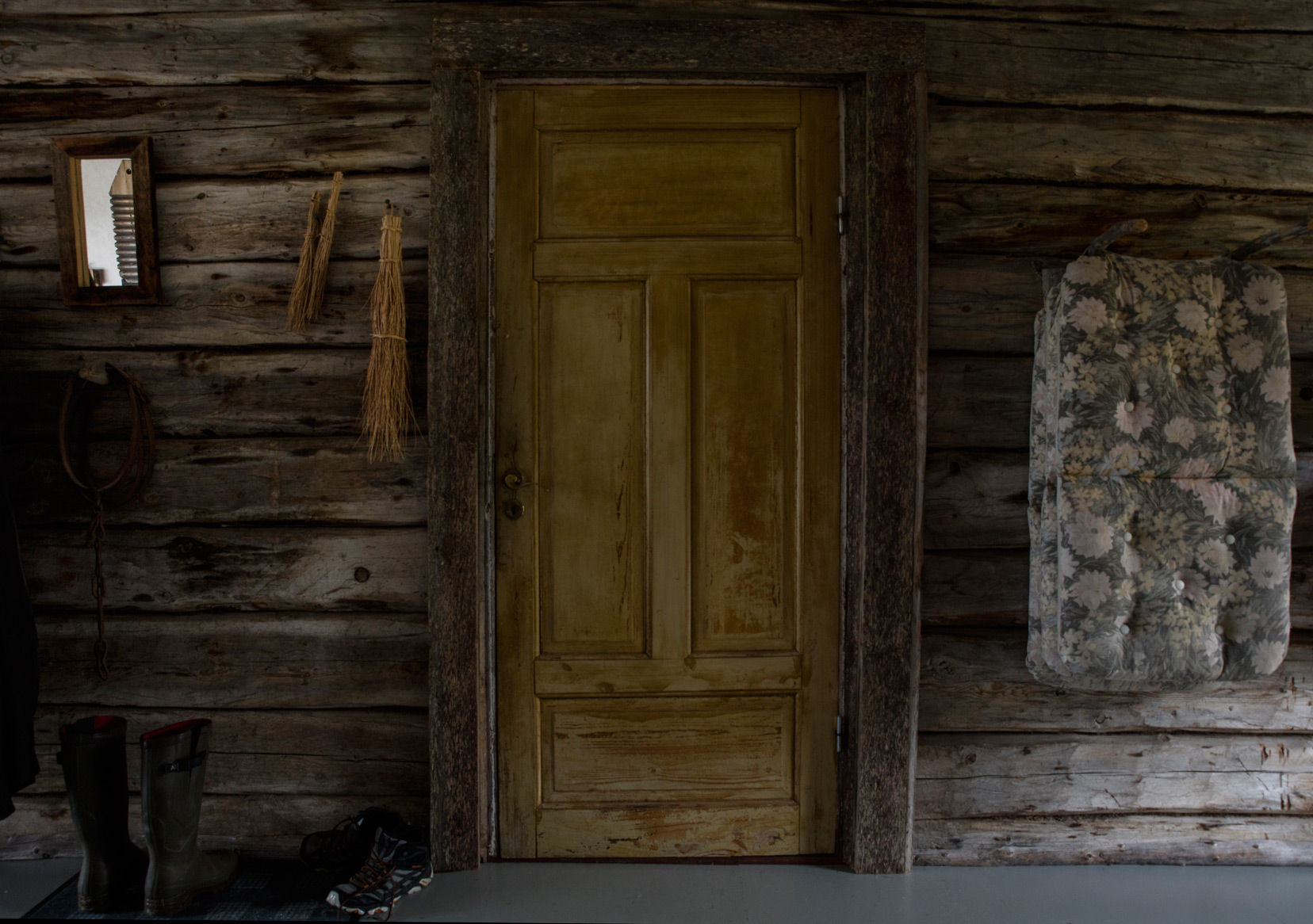 Sitting here in front of fireplace in our new home. I’ve been always dreaming to live in the house with fireplace. And with the private access to a lake. A dream, I have never thought could become real, but it did. In this chapter you will find the story about our new house(s) with two (!) fireplaces at the exceptional location.

After having been living in the Big Lake Village for a half of year, we have met many nice people and realised, that this region is one of the most beautiful places in Sweden. So we began to play with thought about staying here permanently. Though we wanted to live more apart and isolated away from the village, where we lived in the rented house. The last one is also beautifully located, but we have always been fascinated and tempted by the idea of living separately. We have never had a single desire to return back to the city. Of course, you can miss your friends, but the social media and digital communication helps a lot to keep you connected, especially when you decide to move far away.

We had heard some talks about that a place named “Lövnäset” probably would be sold in the future, and our neighbours thought, that the place was exactly what we were dreaming about. So, when the snow was almost gone off the road in late spring, we took on a little trip on another side of the lake. The road is not maintained in wintertime and you can get there only by snowmobile. We didn’t remember the name of that place, so when we turned on the first sideway to one property. It was an old house with really nice location and we were sure it was the right place. There were though other country houses around, but still it was away from anything else. I sent a picture of the place to our neighbours to show that we found it and to confirm that they had right, when they told us about the place. But the answer was a surprise for us – it was a wrong place we found, and we had to drive further if we wanted to see the “Lövnäset”. So we got in the car and drove few extra kilometres, before we saw another sideway with a wooden sign at entrance. And it stood “Lövnäset” on that sign. It was a right one this time. We felt as criminals, because we were going on a private property, where it was a sign “private” on entrance. But when we were standing on the ground, we both were blown away by the view – an isolated peninsula with two houses on it. And nothing else nearby. Only endless nature and silence. A place, we had never seen before, – something you only could dream about.

We went back home, but we were all the time thinking about the place we saw, and we both were convinced, that there is no any other similar place in the world. So, if it won’t be this one, than we never could be satisfied with any other places. And it was a strong feeling. We asked about the property’s owners, but nobody in the village knew them in person. Everyone could say, that owners were from Norway, but nobody could provide us with contact information. Somebody mentioned, that we could get help from the leader of one project “Move and live surrounded by nature”- a local initiative aimed at motivating families to move to the local villages. Help in getting in touch with owners of the property. And we wrote to the project leader and were excited to hear from her. But it was no answer. Neither after the second request we sent one month later. Fortunately we got help. Again from our neighbours. They managed to get an email address of the owners via their family members. We spent a few days, fighting with our feelings and trying to find out, what to write to unknown people. “Hi, we’ve heard, that you consider selling your property, and we would like to buy it…” We wrote a letter with a careful question, if they could rent the place out for us, or probably they considered selling it in the future. And we were waiting again… for only two days and they answered us. And it was even invitation to come and see the property.

And the owners were so kind and intelligent people. They had had the property for the last 15 years, but they decided to sell it within next 5 years. They are getting older and nobody of their children would have time and possibility to take care of the place, which requires constant care. The property has 1.8 hectares of land; so just mowing grass takes almost the whole day. The house, or to be more correct – the houses (there are two houses), are in great shape for their age of 200 years. Both houses are from 19th century, with some extensions built in 1930-ties. But the houses are quite primitive. Diesel generator in combination with a little solar panel produces electricity, water is being taken directly from the lake and pumped into the 1000 litres tank. It means, that in the frost weather the water can freeze in the pipes and there is no water supply until the beginning of summer.

The owners showed us the property, paying attention to that fact, that the place requires a lot of work and maintenance all the time. And you could feel, that they loved this place and it meant a lot for them. And if they had to sell it, the price was not the most important, but what next owners could bring to the place and the local society. Important, that the property won’t be totally rebuilt, but kept with its beautiful original design and elements. Just as an example- the main entrance reminds a museum of the ancient farmer house.

We returned home after a long introduction to the property, and we were even more excited about the place than before. But were aware, that a lot of things had to be done and repaired before we could live there all year round and use one of houses as artist refuge as it was planned. Even if they would sell it within next five years, we were not sure, if we could afford it. We agreed that all of us had to think about impressions we got, and that we could meet again after two weeks.

Two weeks later we met again and we were surprised by their decision to sell the property to us, and if we could agree on price, we could get the property already this autumn. They were really honest people and we trusted in what they said, and they told in details about any existing and even possible issues the property had or could have in the future. They did everything in opposite to what a real estate agent would do – they wanted to be sure, that we were aware of any details and not just buying property because of the exceptional location.

It feels like everything what happened in connection to this place is magic. What chances are to find a place, having a feeling “this is only the only place you want to live at”? And that this place can be for sale and for exact that price we could afford? It was exactly as they say: “meant to be “. And we got the whole package – the canoes, motorboat, tractor, furniture, and many other things. “All inclusive”. Actually so many things, that we felt a little bit embarrassed of how generous these people were to us.

But, on September first the property became officially ours and we got a bundle with keys.

The next step is to connect the property to the local electric grid and find a better solution for water supply, so we could be able to use houses all year round. At the moment we live in the new house and we drive to the “office” in the rented house, where there is electricity for working on computer. We will keep doing it as long as we can until real frosts and deep snow come and we no longer can keep us warm or reach the new place by car. And as mentioned before, the idea is to use one of the new houses as artist refuge, where creative people can live and work for shorter or longer periods. We hope that we can be ready with that concept next summer/ fall. At the moment we just enjoy every moment at the new place. Every morning you awake and watch the fog rising above the lake surface, while listening to the nature. Nature is the only thing you hear and see here.